Late last year I encountered seeds of a genuinely esoteric species of bulb from Mexico on offer on the web. It is actually a corm (a thickened underground stem that resembles a bulb). Since it is a Summer growing species related to Bessera, I decided to delay planting the seeds until I also planted my Bessera elegans corms for their growth season.

I believe it may be Dandya thadhowardii, though the species identification may have to wait a few years until the plants reach flowering size. 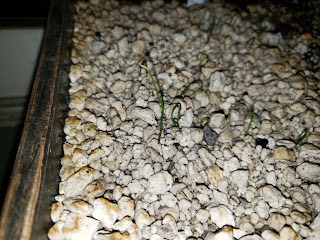 What strikes me about these is their very ordinariness. The California genera in the Themidaceae include Brodiaea, Dichelostemma, Triteleia, Dipterostemon, Androstephium, Bloomeria, and Muilla. These seedlings on basic appearance could be in any of those genera - a very familiar sight to us (we like the native bulbs and tend to start them from seeds). More famous kin from Mexico include Behria, Bessera, and Milla.

Some of these species are flowering in the mountains and coastal areas of California now and in weeks to come, as they often flower after the grasses dry. My son and I often go seed and lizard hunting together - he is very good at spotting many of our local species as seed heads, in some cases better than finding them as flowers!

One of these genera is Muilla. Muilla maritima is abundant in local populations in the San Gabriel and Verdugo Mountains (as well as much of California, for that matter). The flowers are easy to miss as they are lovely but pale and small, the seed pods are larger than the flowers and full of shiny black seeds - this species is easier to spot in seed than in flower! 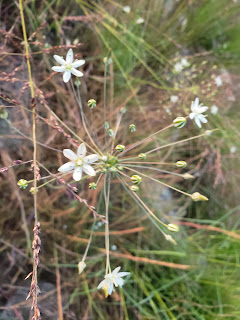 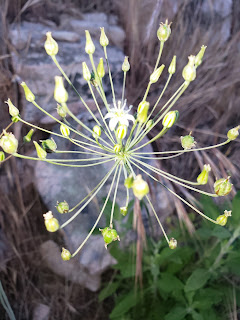 Another one of my favorite local Themidaceae has recently been moved to a genus all its own:  Dipterostemon. Below is Dipterostemon capitatus, one of the cheerful and often abundant flowers of late Winter and Spring. When I was a kid growing up near Jet Propulsion Labs, the ones of these I grew at home often started to flower before Christmas. 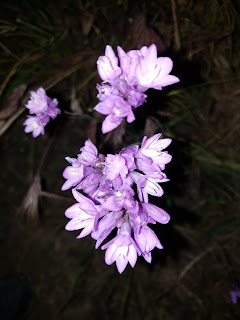 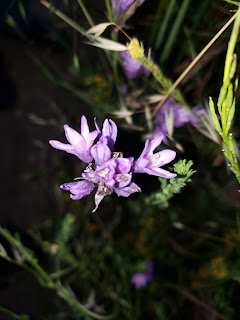 Learning the plants that make up the thin green layer on our world can be a wonderful way to see the world in finer detail. Sports are often more fun when you know the players - landscapes have different sorts of players, knowing them can make a simple walk in the hills richer and a lot more fun as well.