It snowed overnight! Not enough to sled (that hasn't happened since 2004 at our home), but enough to make snowballs, crunch around in, and add a rare artistic touch to this fog forest! The view towards the ocean from our front deck was priceless: 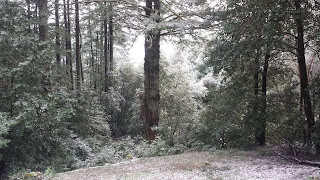 Now, I admit to being biased - however, the San Francisco Chronicle ran it on their homepage for a while today... 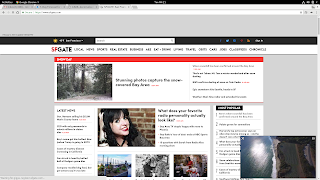 I don't think any photo of mine has had such a great venue before!

Ah, but to important questions: What to do with snow?

For starters, eat it! Find clean snow that is not the layer directly in contact with whatever it has collected on. Collect clean snow away from sources of contamination, such as chimneys, trees, and roadways. My son has this to say about the uses of snow: "We made it into snow cones that had Lingon and Blaubeeren in it and we ate it. Then we made more. And, then, the snow melted that we had brought in but not yet eaten. I hope you have a good day. Some day when it snows a lot I want to invite friends over to collect and eat snow. Be happy and have fun!" 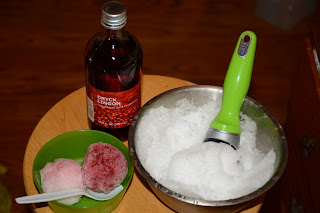 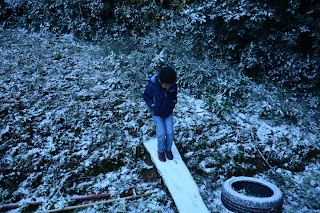 Posted by Rob Ferber at 9:01 PM No comments: